Videos are a great medium for science communication, because you can visually demonstrate concepts, show people exciting locations, and make use of graphics, animations and sound.

To get a sense of what’s possible when it comes to science videos, start by taking a look at a few different ones.

This coffee break, look at some science videos

This YouTube playlist includes several relatively short videos. They’re all very different, and created in different contexts, so try to watch a few of them if your coffee break is long enough. While you’re watching them, think about what it would take for you to make a similar type of video.

What have you learned?

Assuming you’re break was long enough to watch more than one of the videos, you’ll have noticed that there are many different ways to make a science video. Animation, lab demos, entertainment – each video creator has their own style.

They also have different audiences. Some videos are for children, some are for adults, and some are aimed at other scientists.

Some of the videos in the playlist are part of channels managed by people and organisations who make these professionally. They obviously have more time and funds to invest in production than most researchers. But even with fewer resources, you can make interesting videos by showing people around the lab, demonstrating an experiment, interviewing a scientist on camera, or even recording yourself as you give a public talk. (The last example isn’t included in the playlist because those videos are generally much longer.)

Image credit: colour-altered image of an original by Zack Dowdy on Unsplash

Share Your Sci is a website with short introductory articles about science communication and open science. All articles, newsletters, activities, resources and support are aimed at busy scientists who want to share their science, but don’t know where to start. 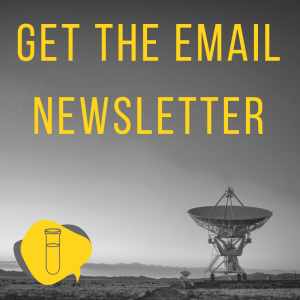 Working on a Quick Tips article about online science talks. What are your tips for engaging non-scientist audiences… https://t.co/VGhYMX3IdX
h J R
@ShareYourSci